How to Achieve Work-Life Balance in a Creative Agency

If you work at a creative agency and worry you’ll never be able to date, get a dog, go to the gym, or eat anything other than cold noodles until you retire or quit, you’re not alone.

These days, it seems like most people – especially in the business of creative – are afraid to even talk about “work-life balance”.The best thing we’re supposed to hope for is some kind of “work-life blend”, which means we can do things like having children, as long as we bring them to the office and get them to work overtime.

That sort of thing might be alright for some people, but I still like the idea of balance. Call me old-fashioned.

If your agency is balanced, it’s sustainable. You have less turnover and burnout. Your people are relaxed, and when they’re relaxed, they’re creative.

It isn’t, though. I’ve worked for some great companies, and I can honestly say the team here at Function Point is both the most balanced and the most productive I’ve seen. Here’s some of our best advice about how to achieve something similar:

Balance is about making time for what’s most important to you. For some people, work is the only important thing, and for them, maybe it feels awesome to do nothing but work and sleep, but if you refuse to hire anyone else, you miss out on a whole spectrum of brilliance facilitated by exposure to the outside world.

So, while you might treasure the odd workophile who lives happily at the office, it pays to make room for those who train for marathons, practice piano, collect old vacuums, and/or nurture their friendships.  Maybe some of them need to come in at 7 am and leave at 3:30, while others might take an extended lunch hour and leave late.  You might spend fewer hours on projects, but the time you do spend will be more inspired.

Abandon the Fantasy of Doing Everything At Once

Unfortunately, making time for what’s most important usually means letting go of other things. I’ll admit to having trouble with this one. I still secretly want to be a millionaire/ballerina/wife/mother/model/philanthropist/Nobel prize-winning author, but I also know how unrealistic that is, and not just because I’m 30 and have untended cuticles. I can only properly commit myself to four things: work, writing, fitness, and a few important relationships. That’s it.

For my colleagues, the priorities are different, but what’s common is the understanding that our ability to commit ourselves is finite. So, for Jehanne, balance means prioritizing work, friends, and education, and making peace with the fact that fitness has to take a backseat. For Karen, it means combining Function Point with friends, music, exercise, and freelance design, while relinquishing a tendency towards perfectionism.

For creative agencies, the balance often means severing ties with clients and projects that aren’t serving them. Productivity software comes in really handy here, because it shows you where your work is yielding benefits, and where your clients suck you dry.

Productivity software also enables work-life balance by improving collaboration and minimizing regret work. Instead of rooting around for information, you’re developing concepts. Instead of wondering what the heck’s expected of you, you’re tackling your to-do list. Instead of promising more than you can deliver, you’re allocating available resources. That means spending less time wallowing in frustration, and more time playing Grand Theft Auto and practicing your tap dance routine.

The movement towards abandoning balance comes from the idea that our work would have to suffer if we insisted on it. It doesn’t. If you clarify what’s most important to you, let go of what isn’t, and implement an efficient workflow, you can achieve excellence and balance, even in a creative business.

I’m not saying it’ll be perfect. I should probably confess to having written much of this post at 7:30 am in a mall food court while scarfing Starbucks oatmeal from a paper cup. I didn’t mind doing it though, because at that hour on most mornings, my time is my own. 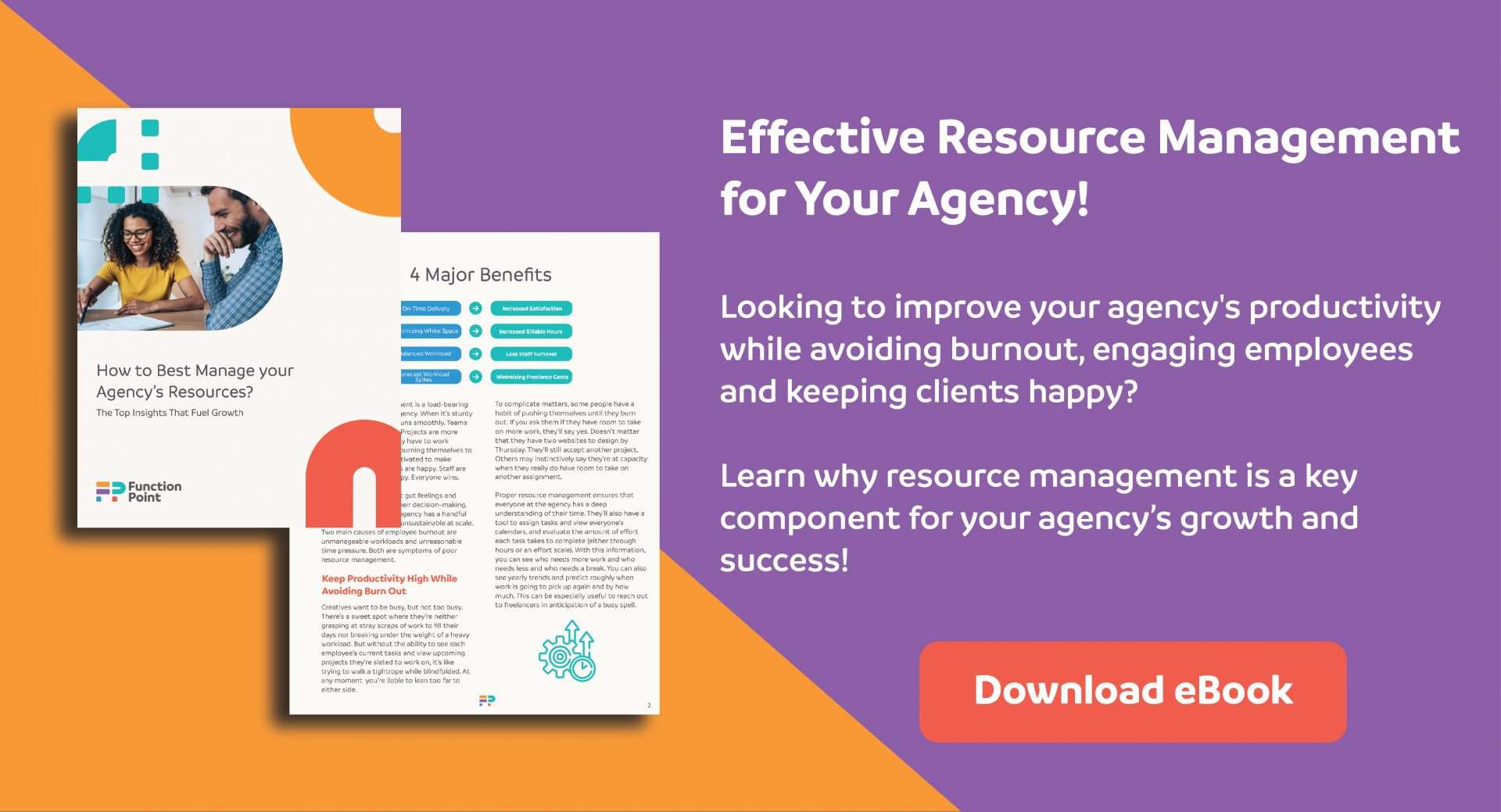